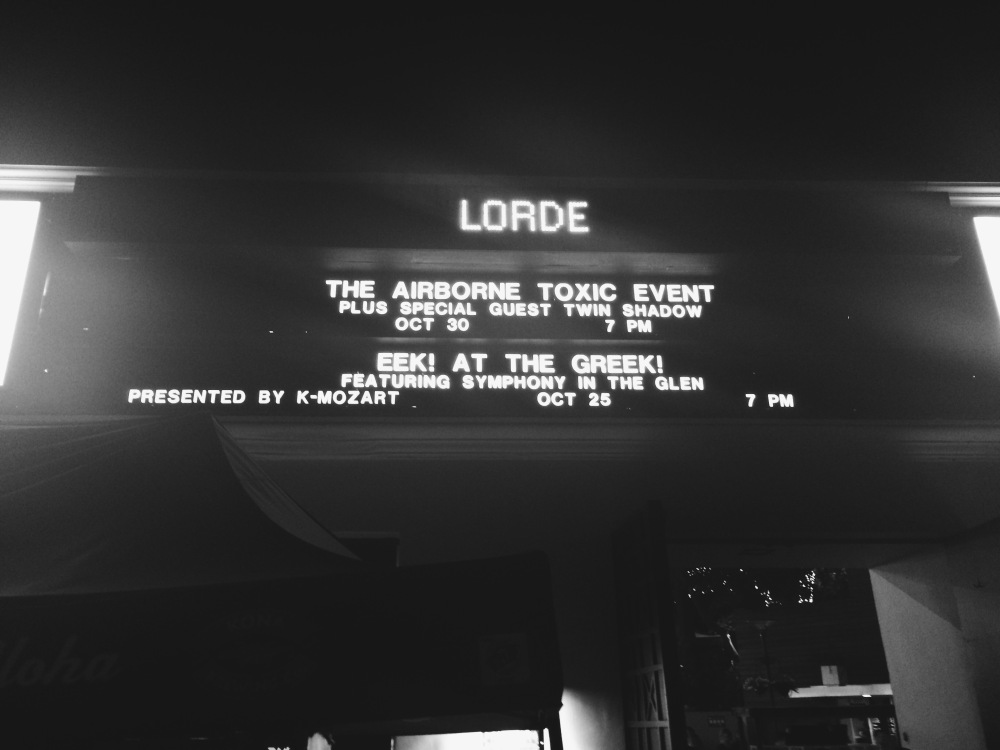 I’ve been intrigued with Lorde (aka Ella Yelich-O’Connor) ever since  The Love Club EP was released and before Pure Heroine swept the world. But it wasn’t till her Grammy  winning song, “Royals” when I started to intently listen to all her of her songs and finally followed her on social media outlets. When Pure Heroine was released, almost everyone I knew was also listening to it and had it in their car playlist. Lorde’s choice of words and the way she expresses herself  when performing was different from a lot of artists I listen to. It wasn’t the typical pop, bubbly, upbeat, or folk-y songs I love to listen to. It was dark, unique and expressed so many things, but in different words.  Other than my One Direction albums, and Mumford and Sons’ Babel, Pure Heroine was my choice of drug. of 2013. Her stage presence and charisma is just too captivating and unique. I mean, people often find it weird because she looks like she’s having a seizure/exorcism, but that’s how she expresses herself creatively and I love it.

So when the opportunity arose early this spring of a concert at the Greek, I jumped ship and bought tickets for my sister and I… during class… while also buying her Pure Heroine lipstick collection from MAC. I couldn’t resist an opportunity to see her live and it fell in my younger sister, Abby’s, birthday month. So why not make a birthday present out of it?

The sissy and I.

Going in the concert was just different. The crowd of people that were there were diverse. I didn’t expect a variety of ages to be there. I’ve been to so many concerts recently where all I saw were fangirls and wannabe groupies, that the change of audience just struck to me.

Another thing that stood out to me was the audience interaction. The Greek just give off a more intimate vibe because even though it can hold 5,000 people, you still feel close to the artist. I can honestly say that there is no bad seats at all, and I won’t mind being pit at all because it looks so intimate. I have never been to a concert where people didn’t have their phones out and recording every single thing. I think I was one of those who was actually on their phones the whole time Snapchatting and recording (my brothers actually wanted to go but didn’t tell me, so I promised lots of videos. See, I’m slowly influencing them and turning them into fanboys.)

Ella also took the time to talk to the audience. This was her first headlining show in L.A since last year, and she seemed really excited and thankful. She especially loved the aura that the Greek Theatre was giving out as well.

The songs I really enjoyed were my favorites: Glory and Gore,  Still Sane, Ribs, and White Teeth Teens.

After the concert, I don’t ever want to cut my hair if I could whip it back and forth like she did. I was contemplating for a shorter hair, but after seeing Ella rock out with her hair with so much energy and charisma, I knew I had to let it grow out.  Her concert outfits were amazing. Her 1st outfit was black and simple. But I love it. Her 2nd outfit was white and it reminded me of a Jesus-esque outfit. But it was her final outfit that really stood out to me. Her red outfit was beautiful. Along with the effects, it felt like she was in slow motion the whole time and her dress gave it more character.

I’m sorry. I’m currently having a love affair with black and white and sepia. 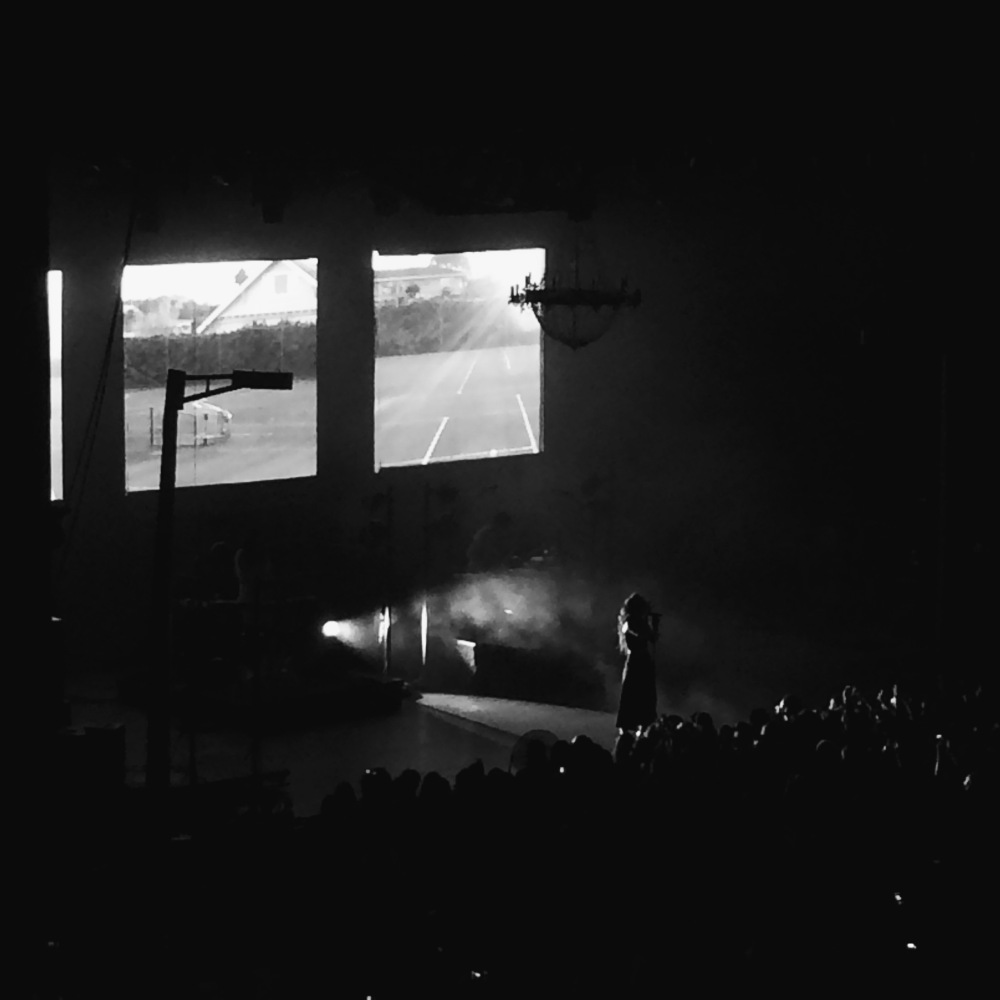 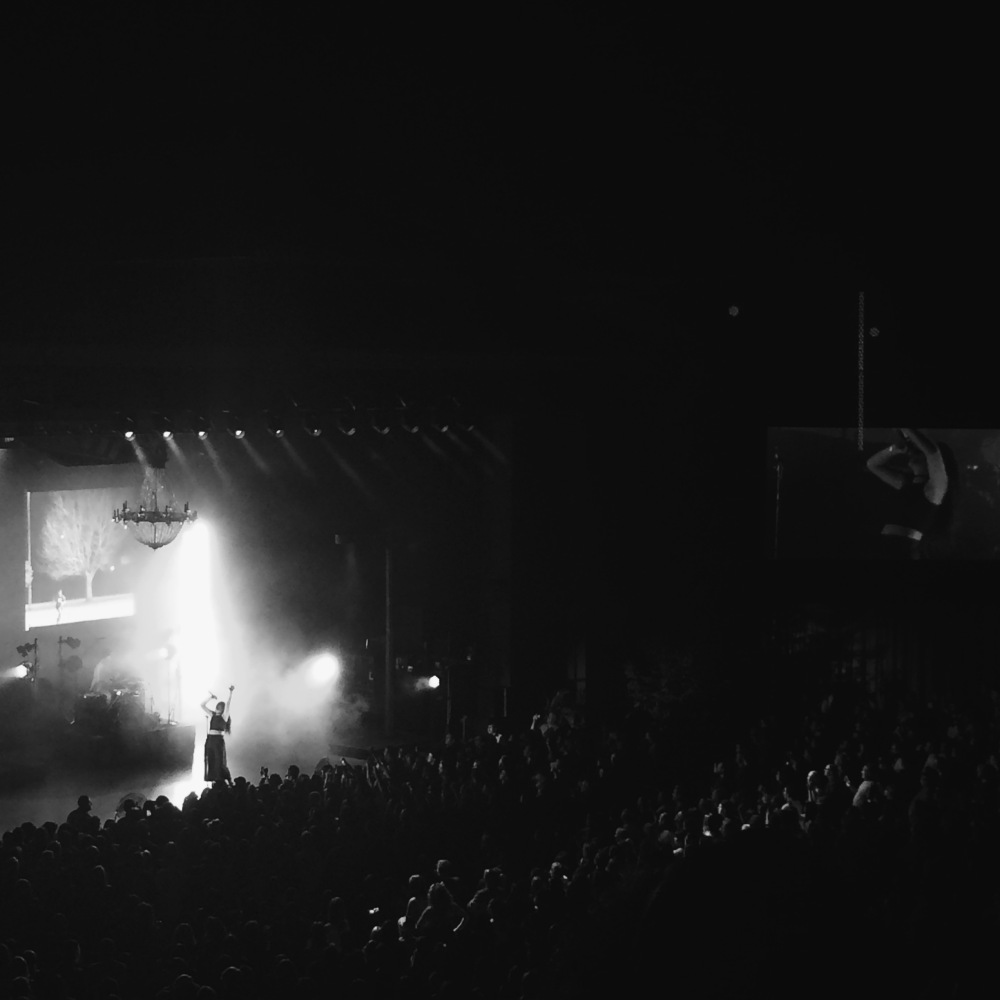 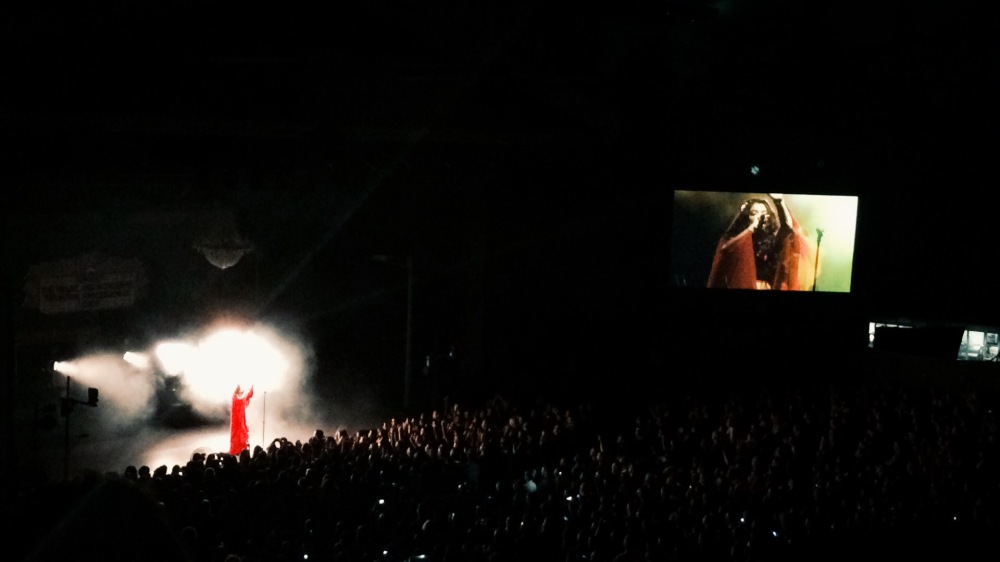 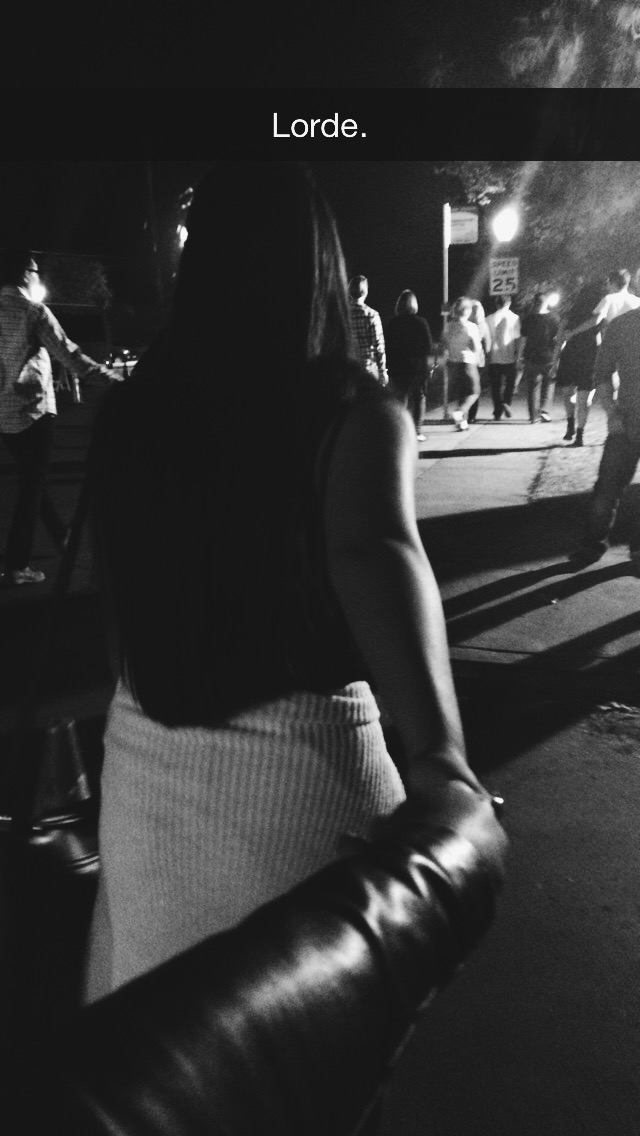 Pure Heroine shirt. Merch = Worn the day after a concert because it’s an excuse for a lazy day. 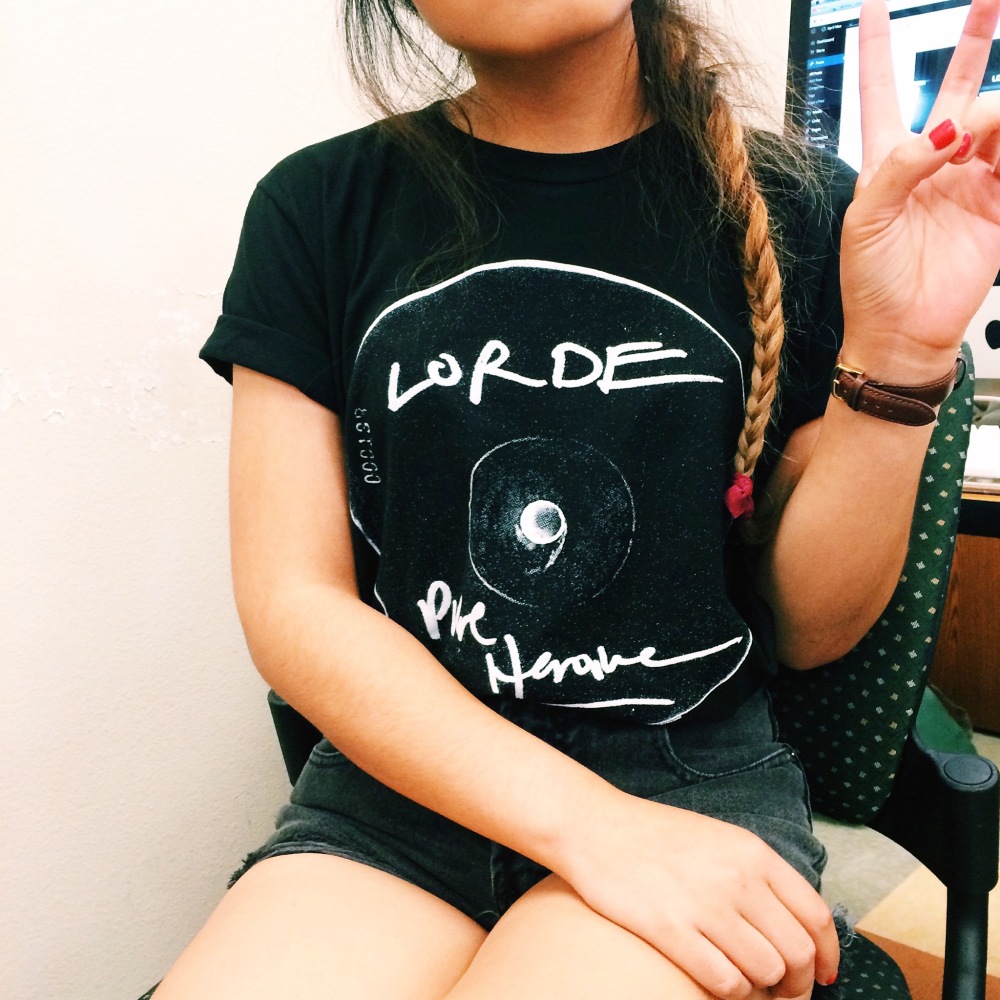